In stock (can be backordered)

[I2S out and WCLK out support all sampling rates, S/PDI and AES/EBU support 384K, and optical fiber support 192K]

SU-6 is a new generation of USB interface developed by us. It is located in the high-end interface. Compared with our products in the past, SU-6 mainly uses the following four new technologies independently developed:

4. Unique single clock system, all the circuits of the whole machine are designed with synchronous clock. The USB clock is synthesized by PLL from femtosecond clock.

3. The BNC interface and RCA interface output standard S/PDI signal with a level of 550 mV (connected to standard load) and an output impedance of 75 ohms. 24/384k and dsd128 over dop support (Dac must also support this, otherwise most dacs can accept 24/192 and dsd64 over dop)

4. The XLR interface outputs standard AES/EBU signals with a level of 3.3V (connected to standard load) and an output impedance of 110 ohms. 24/384k and dsd128 over dop support (Dac must also support this, otherwise most dacs can accept 24/192 and dsd64 over dop)

Six and two HDMI-I2S signals are output through HDMI socket. The four output signals include MCLK, BCLK, LRCLK and SDATA signals. The standard differential level of LVDS is adopted and the impedance is controlled at 100 ohms. The PIN13-15 of HDMI socket is DSD_ON signal, the high level is I2S working in DSD mode, the level is LVTTL; the PIN18 is 5V weak power output (output current is less than 20ma), which can be used as interface plug-in indication; the I2S sequence of two output lines is the same.

4, Android OS 4.2 and above, need equipment to support OTG function, generally speaking, Android 5.0 system is supported by default, the recommendation below 5.0 is used with special players. 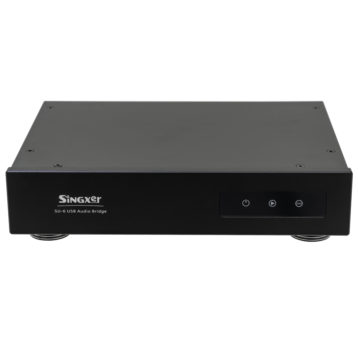